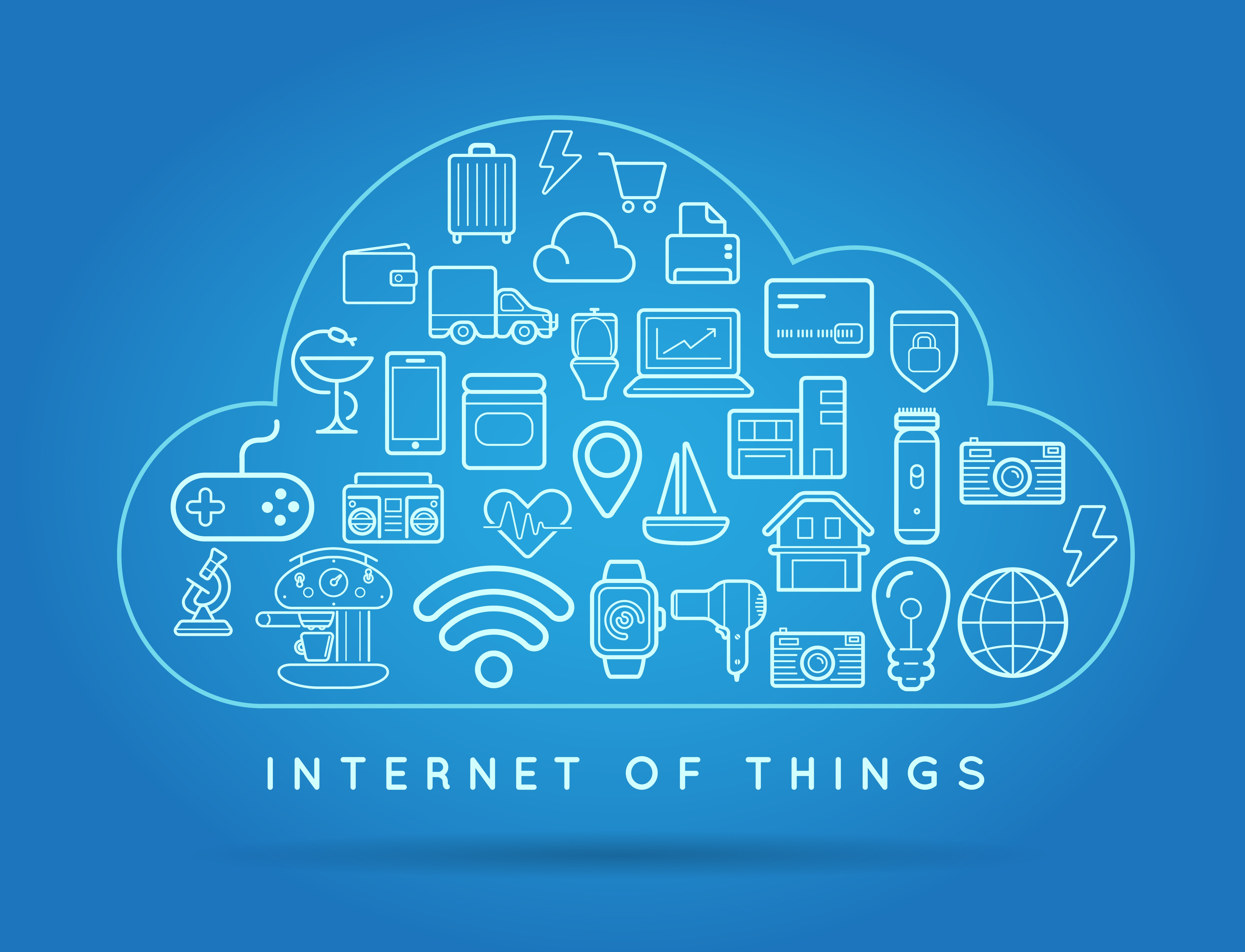 Three technology trends that are likely to create opportunities in 2017

If you google this subject you will find everything from 3D printing to virtual reality. I shall focus on technological innovations that will bring business opportunities, particularly in the UK SME market and especially for the voice and data channel. In summary, as the reliability and speed of internet connections improve, so the adoption of business cloud applications will accelerate. As mobile data becomes affordable and manageable so more data SIMs will be embedded in all sorts of devices throughout the world.

The speed and cost of internet connectivity

The real cost per MB of data decreases every year and it is usually only inefficient markets and effective monopolies that keep prices high. Last year, Vodafone hit out at what it perceived as BT’s excessive profit-making from Openreach. Vodafone were able to produce figures purporting to show that BT made excess profits of £1bn from regulated services in 2015, equalling the amount set aside by the government for digital infrastructure in the Autumn Statement. As discussed in previous blogs, Ofcom’s intervention to separate Openreach from BT is likely to lead to a more progressive strategy. Together with EU regulation of the mobile networks this will cause dramatic reductions in the cost of internet and faster, more reliable services over mobile and fixed connections.

In 2005, the front page of Comms Business depicted a gravestone on which was inscribed “RIP PBX”. It was more than 10 years before the first failure of a major PBX manufacturer but cloud voice is now established as first choice for SMEs needing a phone system. The market leader, Broadsoft, has around 15m seats installed worldwide – more than all the other vendors combined. Whereas UK business once lagged the world in cloud adoption, as internet connectivity speeds and reliability have improved so UK SMEs have caught up. Today around 80% are using at least one cloud application in their business.

How can partners best expand their cloud footprint?

In our experience whoever quotes the customer first for connectivity is three times more likely to win the business. 95% of SMEs go with the cheapest quote as they see internet connectivity as a commodity. Jola’s strategy is to help partners win the connectivity business. We have a pricing tool which resellers and dealers can access from their mobile in customer meetings to retrieve information on what is available and the best price in minutes.

Leased line contracts tend to be on three-year deals, which brings in recurring revenues over that timeframe and the ability to upsell cloud-hosted applications like voice.

Step 2 – Provide the knowledge and experience

When the customer is ready to consider their first cloud applications, hosted CRM, hosted telephony etc. they will turn to their trusted advisor. IT and telecommunications partners who have the knowledge and experience as well as range of products and services to help them make the right choice. 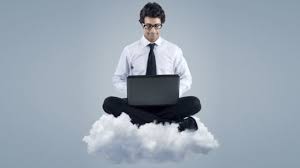 According to a recent survey conducted by Sage, 57% of employees say the availability of flexible working in their workplace is important to them. This is one of the many reasons more and more businesses are turning to the cloud.

Hiring, training and retaining good staff is not an easy task. If you can offer flexibility, you often get loyalty in return. There is a proven link between satisfied employees and satisfied customers.

Cloud-hosted applications like Office 365, accountancy packages such as Xero and CRM packages like SalesForce are all accessible remotely with a reliable internet connection.

With hosted telephony platforms such as JolaPhone, calls can be answered and transferred by employees remotely as if they were sat at their desk. Companies can offer more flexible working and route calls to remote workers. This is also useful in busy periods as an overflow, routing calls to part-time staff working from home to ensure call answer targets are met and fewer calls are missed.

Businesses continue to operate efficiently and can also offer flexibility to employees who need to work remotely or from home. They often feel more valued by the company and much more motivated to help grow the business as part of a team.

What kind of entrepreneur are you? 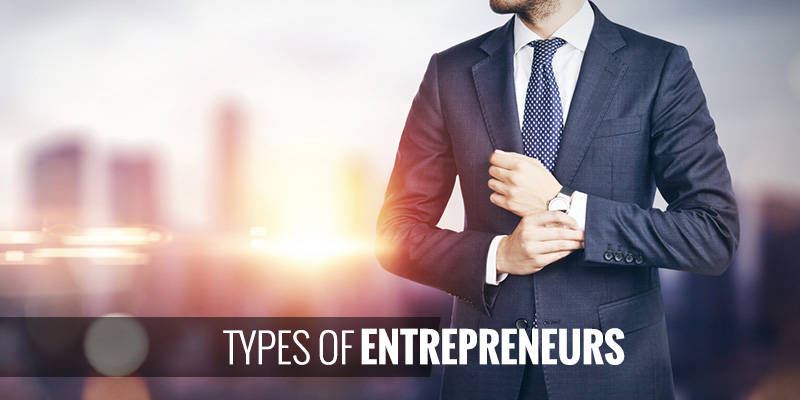 One of my better decisions in 1996 was to come home from the USA and after 10 happy years with C&W leave in favour of a port-a-cabin start-up on a chicken farm in Leicester. These days the cloud has enabled companies to start-up with little capital investment, renting enterprise-level applications on monthly contracts and allowing staff to work from anywhere. If you can live on your savings for a few months you may even be able to get going without having to sell any of your company to external investors. Reduced start-up costs could be one reason why there were a record 608,100 UK startups in 2015, up 4.5% on the previous year which was itself a record year.

If you are considering taking the plunge, breaking away from corporate life and having a go at working for yourself there will be many thoughts occupying your mind right now so let me add one more.

What kind of entrepreneur are you?

This entrepreneur has turned something they love doing, into a business. They have no immediate plans to sell the business which exists primarily to fund their lifestyle. If they are doing well they will be approached by people who tell them they could be millionaires by expanding, getting new investors or preparing the business for sale. After several months of stress and expense it fizzles out and the lifestyle entrepreneur breathes a sigh of relief. I know many lifestyle entrepreneurs who have learned to be comfortable in their own shoes and resist encouragement to expand or recruit. If you are one, you probably know you are not attractive to professional investors because they need an exit to return a gain to their fund in a specific period. If you need money for growth or new equipment, then borrow it. Interest rates are low and most banks are happy to lend you money if you will give them a personal guarantee. There is also a government-backed scheme, offering loans of up to £25,000 at 6% interest.

Are your customers ready for the cloud? 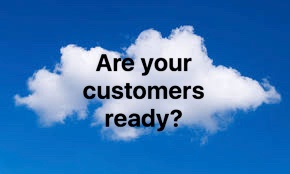 Are your customers ready for the cloud?

According to the Cloud Industry Forum (CIF) 86 percent of UK-based organisations may now be using two or more cloud services for accountancy, customer relationship management or document management and storage. 50 percent of organisations questioned are expected to move to cloud applications in the next few years.

A reliable internet connection is essential for businesses wanting to access cloud applications. With so many internet connectivity products and suppliers in the market, SMEs and their suppliers are finding it difficult and confusing. This is why some business IT and Telecoms providers are partnering with companies like Jola.

How are cloud services changing the business landscape?

How are cloud services changing the business landscape?

Some say that cloud services are levelling the playing field for small businesses and start-ups who can now access sophisticated applications that can be integrated without heavy investment and ongoing maintenance and support. Cloud adoption in the UK has risen by 75% since 2010.


How has cloud migration made such a big difference?

Start-ups and SMEs have traditionally been held back by two factors; cash and capability. Small firms not only used to have to purchase a lot of hardware and software to get started, but also the necessary security and maintenance and even the space within which to house it all.

The business cloud makes all of this redundant and just about everything an enterprise or organisation needs to run its business can be rented from the cloud. Companies starting up these days often own no infrastructure at all.

Accounts packages, marketing, billing, CRM, desktop, email and telephone systems are all owned and operated securely by third parties and rented by the seat, often by the month.

Which Industries are most likely to upgrade their IT and telecoms? 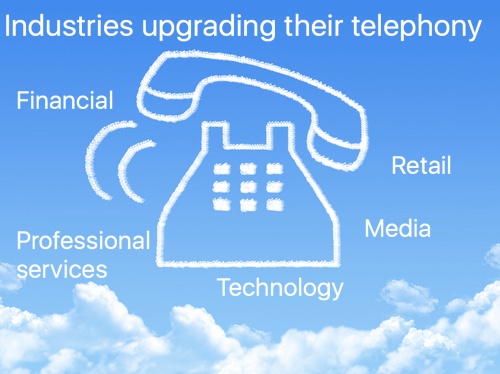 Recent research from the McKinsey Global Institute (MGI) looked at technologies employed in sectors across the U.S. economy and found a large and growing gap between sectors and between companies within those sectors. Those using the latest technologies saw the highest growth in productivity and profit margins. 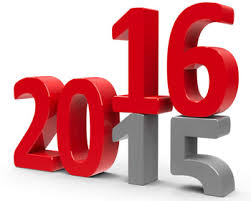 2015 was a surprisingly good year for small businesses. What opportunities will 2016 bring?

The economy was one of the strongest in the G7
Despite the headwinds of fiscal austerity and collapsing commodity prices, Britain remains one of the fastest growing large economies in the world. The latest OECD forecasts put Britain level-pegging with the USA at 2.4 per cent real annual GDP growth, creating a robust environment for business growth. 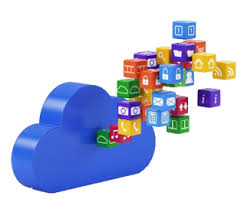 Sometimes a phone call just isn't enough when it comes to communicating with colleagues and customers. If you want to share information without meeting face to face, conferencing technology can facilitate. Please find below a review of some leading conferencing apps on the market.

For $69/ month workers can participate in meetings from every popular platform. It works particularly well for international businesses or businesses where a key members of staff travel. Fuze offers a basic but useful set of sharing tools. You can add content to the cloud at any point during the meeting to share on the screen or via a link. This virtual-meeting service can handle up to 12 video streams at once and has a visual chat feature for one-on-one side conversations. The video tool can display a variety of video file types, including HD video.

Investment in IT hardware and software reaches a record high 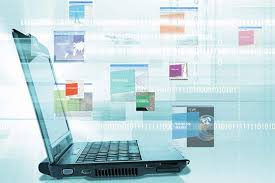 A new survey by BNP Paribas reports that business investment in IT hardware and software has hit a record high, up by a quarter since the start of the 2008 financial crisis. The report says that business investment in information and communications technology jumped to £34.4 billion last year – up by 24% since the height of the recession in 2009, when businesses’ IT capital spending was just £27.6bn.