Q. What’s the biggest waste of time and money in your business?

Find me on:
LinkedIn

A. The deals you don’t win.

I’ve been selling IT and telecommunications most of my working life. With an average close rate i.e. qualified prospects:order of around 5:2, you could argue that 60% of this time has been wasted. Of course, that’s just sales; but who doesn’t want to improve their hit rate?

Here are some thoughts.

Benchmarking. AKA using a competitor’s price to drive down the price of the incumbent, but with no real appetite to change supplier. The prospect won’t say they are benchmarking because you will either decline to bid, or put in a below-cost price just to screw with your competitor. Regardless of what you are told, when you are bidding to replace an existing service, its usually benchmarking. Whatever problems the prospect tells you they have with their current supplier, moving away usually involves cost, disruption and risk. Don’t attribute a high percentage to these tenders, or if you think they may be genuine, try and verify this by networking in the account. If you are selling through channel find out if the reseller has an existing relationship with the end user, and what their average hit rate is.

Networking. With social media platforms like LinkedIn it has never been easier to network in target accounts. Keep digging around until you find someone you know, or at least someone who knows someone you know. Your objectives are to confirm the veracity of the enquiry, get the inside line on the real problems you need to solve, and to find people who can influence the decision in your favour. I know I shouldn’t have to say this, but it still happens to me so…Do not immediately IM contacts that accept your invitation to connect, with a pitch. Imagine you are trying to entice a squirrel to come over and eat out of your hand. If you go charging towards them brandishing your nuts, they will run up the nearest tree, and you’re an ex-connection. 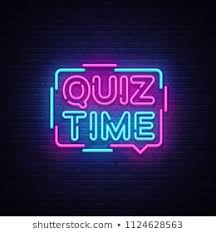 Differentiation. What is your [your reseller's] point of difference vs the incumbent and/or the competition? If it is only price and a willingness to accept a lower margin, then forget it. Surveys show that the lowest price bid very rarely wins. There has to be something tangible in your proposal that sets you apart and offers value to the end user. Customer service is a given because it’s something that only experience can validate – so don’t rely on that.

Be realistic. I have talked before about the Largest Cheque – the principle that the biggest deal you have won is the biggest deal you can win. In other words, be ambitious – but also be realistic. If winning this deal means they become your largest customer, this diminishes your chances. Companies will be sceptical about your ability to deliver on a contract if it’s your first one of this size. If this is the case, think of ways to mitigate the risk of your customer e.g. Step In clauses, partnering.

Overall, don’t kid yourself. Better to be pessimistic and surprise than optimistic and fired.