What is 4G LTE-advanced?

4G LTE-Advanced is also known as 4G+, LTE-A and 4.5G. Videos will load on 4G LTE Advanced without a discernible pause and a 500MB file will download in under 2 minutes. It is faster than many home broadband connections! 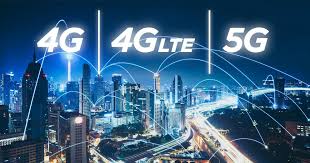 5G is the fastest mobile network technology available and download speeds are averaging around 130-250Mbps, but networks claim peak speeds of 1Gbps or more are already possible. Using those average speeds, a 500MB file would be downloaded in under 30 seconds. There’s less data on upload speeds, but it’s likely to average at most around half the download speed.

Jola is an award-winning, channel-only supplier of business communications, specialising in mobile data SIMs controlled in our management portal. We offer a wide range of products, which offer resellers good margin, which you can’t buy from anyone else. To find out more about our 4G products, request our Partner Pack.